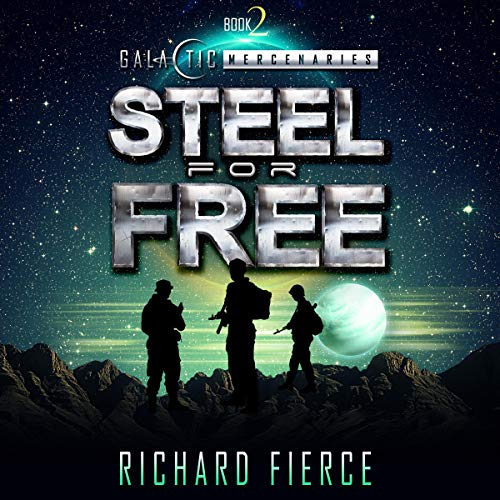 A genetically designed plague has ravaged the birthplace of humanity, leaving millions of undead wandering the planet.

But there is hope. An alien ally claims to have the cure.

Captain Jayde Thrin and her mercenary crew volunteer to retrieve the antidote and do the job for free, but ruined planets, aliens with ulterior motives, and the threat of invasion will stretch the crew beyond anything they have ever known.

Steel for Free is the second episode of Galactic Mercenaries, a space opera series about zombies, space battles, alien invasion, and a misfit crew trying to survive in a dangerous universe.