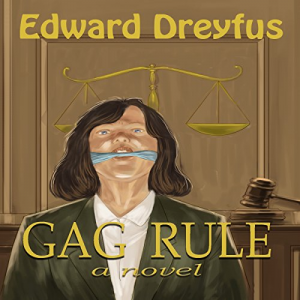 Dolores is a grade school teacher married to Lawrence, a handsome, high school music teacher. She settled into the role of wife and mother, creating the picture perfect life in a small, Southern California town where everyone knows everyone else. Her world is shattered when Lawrence is accused of molesting his students. Dolores and her children become collateral damage as he is tried as a sex offender.

In order to assure a fair trial, the judge orders that she not talk to anyone about the trial. With no one to talk to, she struggles with conflicting emotions; she wants to believe her husband but finds that she has unsettling doubts. She knows that he is a narcissistic man who loves the accolades and admiration of his young (especially female) students, but would he go so far as to seduce his teenage charges?

The author takes us on an emotional whiplash of a ride as we feel Dolores anguish and wonder whether Lawrence is guilty of being a sex offender or is he the victim of malicious teenage gossip.