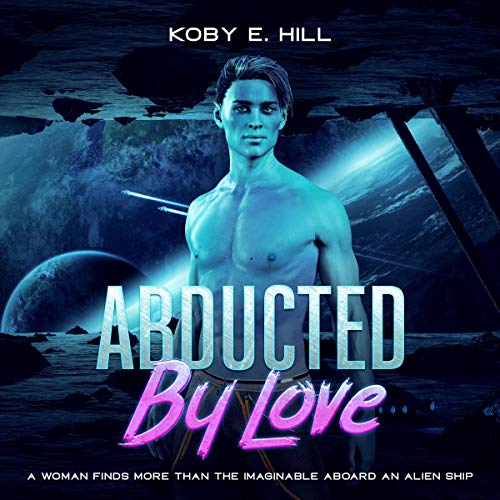 Abducted By Love: A Woman Finds More Than The Imaginable Aboard An Alien Ship

He was tall and slender, but muscular.

He looked like a human being, except that his skin had a blue-green tone, and his eyes were totally black.

He was wearing only a few pieces of cloth, like a tribal warrior from a remote land, and he was carrying no weapons nor armor – nor shields even.

He was just standing there, tall and fierce.

He looked calm and sensitive to her. But then, that was what you had to be careful of; her father always taught her that.

Don’t fall for the tricks, Reese. People will always try to fool you.

Reese Winter was not your ordinary 20-year-old girl.

Born to a strict military father, she was rebellious, independent, and free-willed who always got her father in trouble with her antics. But Reese was a tech genius, and always curious to learn more.

It is her curiosity that leads her to meet Gwuil, an alien ambassador on Earth, and fall in love.

Their love is like no other. It's electric, overpowering, and also not human.

When the Earth is attacked by aliens, human are out-powered with their sophisticated weapons and technology. The military is under-equipped for an alien attack and cannot stop this war.

Only a 20-year-old girl has the key to stop this war. But not only does Reese need to save her planet from destruction, she also needs to save herself from her love.