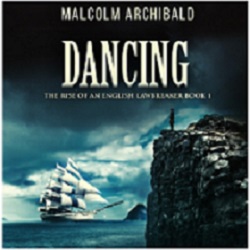 Dancing (Rise of an English Lawbreaker)

Kent, England, 1762. Bloody smuggling wars are raging on England's southern coast. It's a time of daring men and bold women, and deadly skirmishes between rival gangs and the law.

John Smith, a man both hanged and drowned, returns to his home village, swearing vengeance on the landowner who killed his father. There is no quarter asked or expected when Smith begins to carve out his place among the Free Traders of Kent.

With guile and violence, he is determined to make his mark. What he doesn't know is that the Preventative Service has sent Ambrose Grant - their most effective man - to hunt him down. Soon, the two cross paths with life-changing consequences.

A riveting adventure set in mid-18th century England, Dancing is the first book in Malcolm Archibald's The Rise Of An English Lawbreaker series.