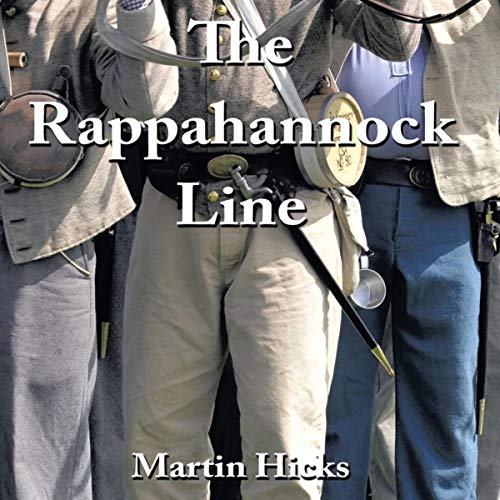 The Rappahannock Line continues the story of Irish immigrant Daniel Ryan who serves in Robert E. Lee's Confederate Army of Northern Virginia. As the year 1862 draws to its close, the powerful Union army gathers its strength on the Rappahannock River in Virginia to renew its advance on the Confederate capital. Lee's army confronts it there bringing on a further bloody collision.

Ryan and his comrades endure the Winter that follows the brutal battle of Fredericksburg, as the Confederate army suffers critical supply shortages, while, across the river, the enemy, under a new commander, reorganises, and strengthens itself again for the Spring resumption of campaigning, which will test the skills of General Lee and the courage and resolve of his outnumbered soldiers as never before.