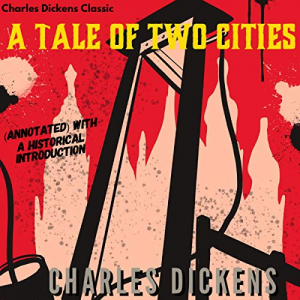 A Tale of Two Cities

Charles Dickens was an English writer and social critic. He was born in 1812 in Portsmouth. When his father was sent to jail because of unsettled debt, Dickens had to leave school and get a job in a factory.

Although he lacked formal education and never had a chance to finish his schooling, Dickens successfully edited a weekly journal for 20 years, wrote 15 novels, five novellas, hundreds of short stories and non-fiction articles, gave lectures and performed readings, and lobbied passionately for social reforms in general, and children's rights in particular.

Dickens is believed to be the best novelist of the Victorian era and he became very popular during his lifetime. His novels are still widely read and translated.

A Tale of Two Cities is a historical fiction first published in weekly installments in 1859. The plot takes place in London and Paris between 1775 and 1792.

Eighteenth-century France and England are both ruled by fear and oppression. The upper classes live in luxury while common people suffer and starve. However, there is a difference.

The novel starts with the words, "It was the best of times, it was the worst of times," and we soon learn of the major difference between the two countries.