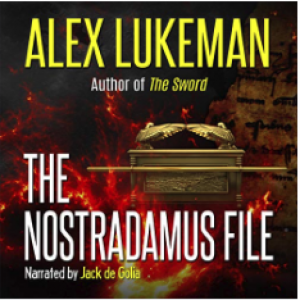 Book Six in the Project Series.

A Paris dealer in rare books discovers a lost manuscript of prophecies by Nostradamus and is murdered. The murder sends Nick Carter, Selena Connor and the Project team on a global hunt for the fabled Ark of the Covenant. The prophecies lead them to the Holy Land and deep into the secrets of the ancient Order of the Knights Templar.

The Ark is part of a plan to trigger war and a new Crusade in the Middle East. The men behind the plot will kill anyone who gets in the way, and Nick and Selena are in their crosshairs. At the same time he's trying to stay alive, Nick struggles with a bad case of PTSD. He'll lose Selena if he doesn't find a way to handle it. But how can he find time to sort out his personal life when he's caught up in one of the most dangerous missions of his career?