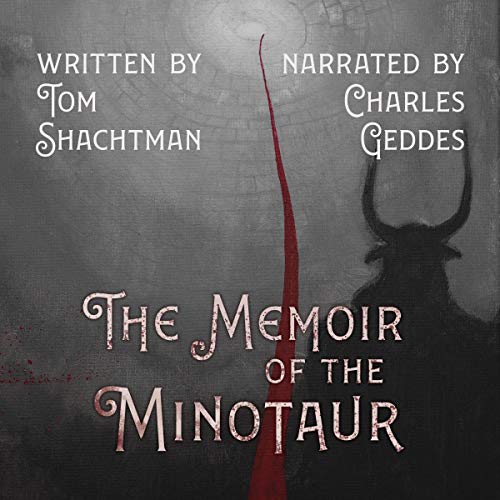 The Memoir of the Minotaur

The Memoir of the Minotaur is the posthumous confessions of the half-man, half-bull of Crete, as offered to an audience of recently deceased 21st-century fellow souls in Hades’ domain. This book is a satire for listeners unafraid of a rollicking good tale involving anatomically complex beings, unforgivable puns, the champion serial killer of all time, scantily clad Greek maidens and youths, articulate tyrants, and feminist proto-history leavened with theological impertinence.

The Memoir of the Minotaur shares its form with other popular retellings of the monster narrative such as John Gardner’s Grendel, and the narrative voice has likenesses to the exuberance, bawdiness, and blasphemy of Salman Rushdie and John Barth.

Packed with actions both big and small, while containing a breadth of complexity as it deals with themes of power, violence, sexuality, and the role of storytelling, its most endearing quality is the hilarity and absurdity of our classical values interacting with our animalistic cores. Ultimately, the book is riotous.