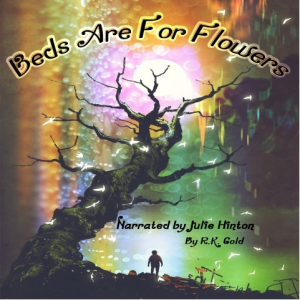 Beds Are For Flowers

Death was celebrated when the reapers and humans coexisted. Back when the monsters from around The End stayed in their small pocket of existence, only coming out in nightmares and darkness. Ganedyn was paradise and shared its life with its mortal counterpart. Reapers rewarded those at the end of their time on Earth by leading them through the tree in the in-between to an eternity of color, life, and freedom. In return, they would bring tokens back from Ganedyn. Acorns capable of sprouting into an entire forest and flowers capable of curing disease. Everything was in balance.

The Reaper in the Tree changed that. He saw humans as selfish creatures, more interested in the progress of their own comfort than the beauty of their gifts from paradise. They were handed something truly beautiful, truly colorful, and preferred to lay brick, pave roads, and live in gray; to them the bright colors of Ganedyn were nothing but a vacation. If it was gray they wanted, it was gray they would receive.

He blocked the passage to Ganedyn and turned the tree connecting the two realms into a throne. Those who wished to reach the other side had to walk around The End. Without the constant flow of life between the two worlds all color faded. Sickness ran rampant but death was less common. Even those who walked with a reaper around The End were not guaranteed safe travel. Without balance a sickly fear from the darkness found a larger opening to climb through into the mortal realm. The monsters from The End infested the world.

As his father prepares to walk around The End with the hopes of reaching Ganedyn, Clarence, along with his sister Jessi and his best friend Wakoba embark on a journey to the in-between to remove the Reaper in the Tree for good.