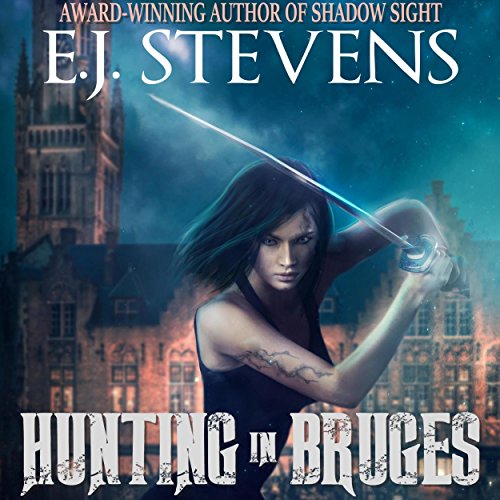 Winner of the 2017 Raven Award for Best Urban Fantasy.

The only thing worse than being a Hunter in the fae-ridden city of Harborsmouth, is hunting vampires in Bruges.

The medieval city of Bruges is quaint, but the local Hunters' Guild is understaffed, the canals are choked with dead bodies, and there's no shortage of supernatural predators as likely suspects.

On second thought, maybe Bruges isn't so bad after all.

With a desire to prove herself, protect the innocent, and advance within the ranks of the Hunters' Guild, Jenna Lehane hits the cobbled streets of Bruges with blades at the ready. Someone, or something, is murdering tourists and dumping their bodies in the city's scenic canals. With the help of a mysterious stranger, Jenna begins to piece together clues that are dotted throughout the city like blood spatter.

Determined to stop the killings, Jenna delves into a bloody local history that only raises more questions--but some secrets are best left buried. Jenna must put her combat training to the test as she struggles to unearth the truth about an ancient enemy.