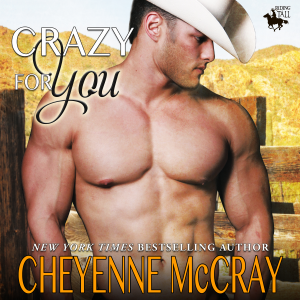 Clint McBride has spent seven long years running from his past, believing he was responsible for the death of his best friend. A chance layover in Phoenix leads him home to Prescott, Arizona, but he has no intention of staying. Once he takes care of unfinished business, he intends to leave the state - for good.

Ella Fisher can't believe Clint is back. As a matter of fact, she's furious with him for leaving without a word and for not letting anyone know he was even alive. Clint had been her big brother's best friend and her teenage crush. She'd been devastated by not only her brother's death, but the pain of Clint's disappearance from her life.

When Clint and Ella meet for the first time since his return, the exchange is a fiery one, and despite the rekindled attraction, Ella lets Clint know in no uncertain terms how furious she is. Clint can't believe how his friend's sister is all grown up, no longer the kid who used to tag along with them. Ella is all woman...and he's afraid he won't be able to keep his hands off her. He's not even sure if he wants to.