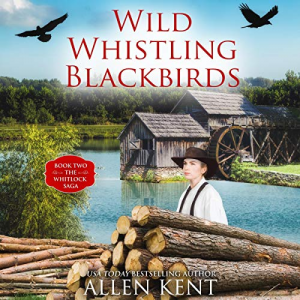 A tender, tense, and heart-wrenching journey into the heart and soul of 1860s Civil War America!

When the tumultuous decade scatters her family across the war-torn country, Suzanna Whitlock is left alone in the bucolic Iowa village of Afton to manage the family's lumber mill while other family member engages in the nation's dividing conflicts: Her husband David in the savagery of the Civil War, son Johnny in the Paiute Wars in the vast Utah territory, and daughter Elizabeth in the volatile campaign for women's suffrage in mid-century Chicago.

Courage in the face of tragedy and prejudice

When reports of her husband's death place the future of the mill at risk, Suzanna battles prejudice, loneliness, and greed in her own struggle to establish position and recognition in a business world that is "for men only." Her only hope is to keep the Whitlock estate intact until she can again bring her family together.