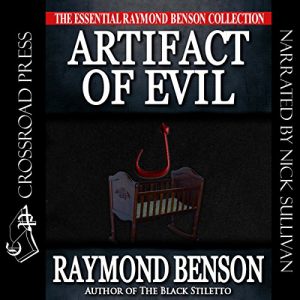 When his ranch hand's newborn son is abducted from the hospital's maternity ward and found dead hours later in a trash dumpster, former FBI agent and West Texan Rusty "Red" River resolves to bring the perpetrators to justice. Investigation reveals that a string of similar child abduction/murders previously occurred in Texas towns between Limite and the Mexican border. They all have one peculiar signature in common: the babies' heads are marked with the Arabic equivalent to the letter "L".

River contacts his former girlfriend, a Jewish historian, to help solve the mystery. Together they uncover a bizarre plot that stretches from war-torn Iraq to Israel, Mexico, Texas, and finally Chicago.

Even stranger is the catalyst for the wickedness. A mysterious, prehistoric relic is in the possession of the killers: a talisman that has been passed down through the centuries. Saddam Hussein had it. Adolf Hitler had it. Attila the Hun once owned it. It even belonged to Judas. What exactly is the artifact of evil?