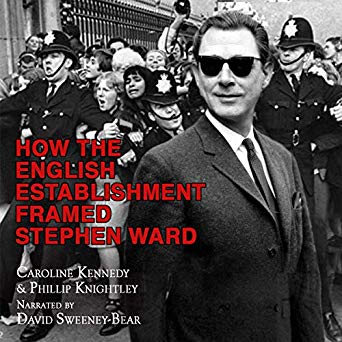 How the English Establishment Framed Stephen Ward inspired Andrew Lloyd-Weber to write a musical about Stephen Ward. It offers a wider perspective into its complex central figure, Stephen Ward, as well as a broader insight into one of the greatest scandals of the past 100 years - a scandal that refuses to go away.

This book is a major expose of a government coverup that has lasted half a century. It is a powerful story of sexual compulsion, political scandal, police corruption, judicial abuse, and ultimate betrayal. The book reveals never-before-heard testimony that has been uncovered by the authors in the years since the sex scandal broke.

Using startling new evidence, including Stephen Ward's own unpublished memoirs and hundreds of interviews with many who, conscience-stricken, have now spoken out for the first time, this important account rips through a half-century coverup in order to show exactly why the government of the day, the police force, the Judiciary, and the security forces decided to frame Stephen Ward.

As the authors' research reveals, Stephen Ward's "trial of the century" was caused by an unprecedented corruption of justice and political malice that resulted in an innocent man becoming a scapegoat for those who could not bear to lose power. And this book now provides the main evidence for the current judicial case brought before the English Court of Criminal Appeal to get Stephen Ward's conviction overturned.

This is an epic tale of sex, lies, and governmental abuse whose aftermath almost brought down the government and shook the American, British, and Soviet espionage worlds to their core. With its surprising revelations and meticulous research, Stephen Ward's complete story can finally be told.