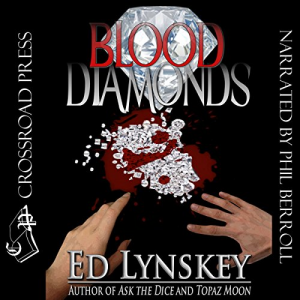 Longtime grifter and suburbanite Jonas Blades works in a sash-and-door mill until he literally bumps into Jacquie Mantooth, a voluptuous schemer who is putting together a plan to pull off a big diamond heist. She recruits her new lover, Jonas, to be the wheelman and they hammer out the final details with their inside man, a blind courier named Mr. Buggs. On the heist day, Jonas double crosses Jacquie by ratting her out to the police and grabs the stolen diamonds all for him. While Jacquie pulls a nine-year prison bit, Jonas, fearful of discovery and arrest, decides to sit on the stolen diamonds. In the meantime, he buys a split-level and trains to work in the information technology field.

When Jacquie gets out of prison, she tracks down Jonas with a few hard questions. Things are complicated by Jonas's current girlfriend, Rita Jo Chapelle, a younger version of Jacquie, and Cullen, Jacquie's goon brother. Jonas picks up a dubious ally in Virgil Högman, Jacquie's old boyfriend who knows about the heist and where they can find Jacquie. A four-way scramble punctuated with mayhem, betrayal, and murder ensues to see which victor ends up with the "blood diamonds". A twisty plot, sharp dialogue, heady pace, and vivid characters all elevate Blood Diamonds to a compelling read for the fans of modern crime fiction and noir.