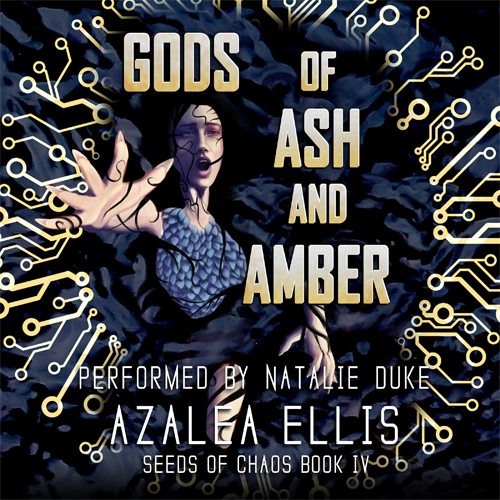 Gods of Ash and Amber

I didn’t start this war, but I will finish it.

I thought we had won, that the worlds were safe. Then I had one final vision, and I saw the truth. The Abhorrent, the eldritch, evil force behind Pestilence, was undefeated and still intent on devouring the light of everything good.

I saw that I would fail, everyone I loved would die, and without us, the worlds would crumble, even the gods unable to stand against the Abhorrent.

This left me with one question: How does one go about changing the future?

They tell me the Abhorrent is immortal.

As far as I’m concerned, that’s just a slight inconvenience.

Gods of Ash and Amber is the fourth and final book in a dark and deliciously violent adventure series that combines science fiction, fantasy, and game elements. You'll love Gods of Ash and Amber because of the electrifying action, flawed characters, and kick-ass heroine.