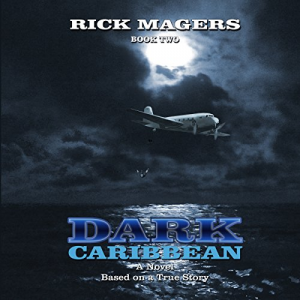 In BOOK TWO the stage is set for more shooting over crawfish. The killing sickens Becky and Roland, so they leave crawfishing behind and head north to Martha’s Vineyard. Sword-fishing is appealing to Roland, but not the winter weather. The following year they’re back in Florida on their own offshore crawfish boat. Raymond James teams with them in his own offshore boat, and together they set 3,000 traps near Walker’s Cay, Bahamas. Local natives soon arrive in skiffs to make some easy money by pulling the two men’s traps. Roland Cameron and Lester Mutt deliver a message by mail to the natives from their airplane. The chainmail convinces the locals that there’s not going to be any easy money available. Two years of good trapping are followed by two years of machinegun fire, as the two fishermen use their 'bolt-of-lightning' patrol boat and airplane to convince thieves from the Miami River to stay away. A thief, his crew, and the boat vanish. The thieves return to Miami, but the Bahamian government wants no more shooting near the world famous blue marlin fishing resort on Walker’s Cay, and force the two fishermen from their waters. Roland and Becky use their plane to search Florida for a place to simply be left alone to fish for a living. The small fishing village, nestled among the Everglades on the edge of the Ten Thousand Islands, could have been the answer to their long sought after dream. Ray, Roland, and the crew members arrive in their boats to begin establishing their stone crab trapping business. It seemed too good to be true, which made Becky recall an old saying—and it was. Everglade’s City was not only the hub of American stone crab production; it was also the marijuana import capitol of the south. Events were about to begin that would forever change lives.