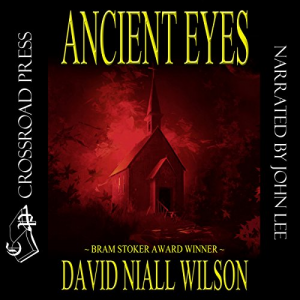 There is an ancient evil lurking in the mountains of California. One peak over from Friendly, California, there is another, darker place. In that place there are two churches. Displaced from a time and place far distant, an ancient carving watches from an alcove above the door of a broken-down, nearly forgotten church. When the evil it embodies reaches out and snags the soul of Silas Greene, roots creep down into the mountain and out into everything they touch. There is another church on the mountain. It is made of stone, carved into the stone of the mountain, and also all but forgotten.

A message goes out to Abraham Carlson. "He's Back. Come home, boy." When young Abraham returns to the mountain, and to that stone church, a battle is rejoined that should have ended decades in the past. When the cleansing began - and was never completed. The only question is, does Abraham have the strength? Or will he, and everyone he loves, fall into the depths of those evil, ancient eyes?