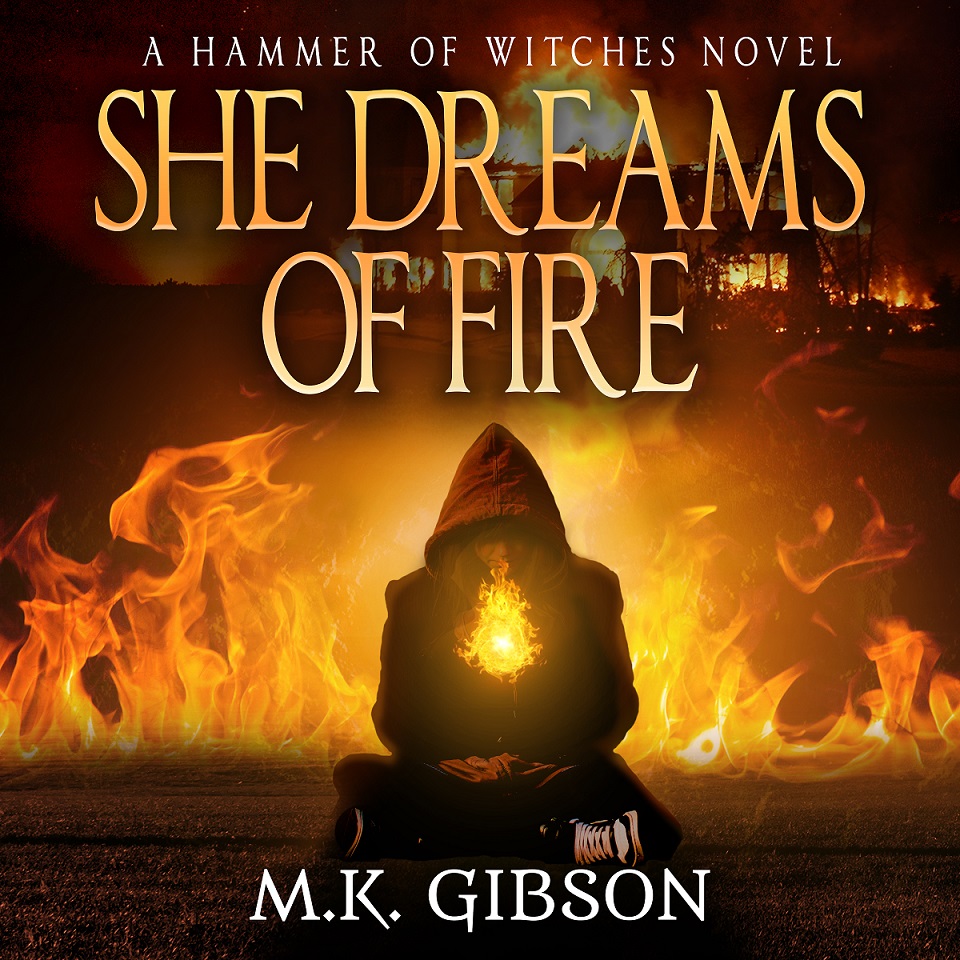 She Dreams of Fire

Agatha “Aggy” Grae was only 10 years old the night a witch of the Umbra Coven killed her mother and burned her home. Injured, she received a transfusion of blood tainted by witchcraft, and immediately her eyes were opened to the truths hidden from mundane eyes.

She saw a new world, a hidden world, one filled with darkness and secrets. And that new world was now aware of her.

Through the years, Aggy never quit hunting the mysterious coven. From the shadows she gathered information, stepping out only to hurt those who dared to hurt others. But everything changed the night she helped a familiar looking stranger.

Through magical means, Vanessa, a high witch of the Umbra Coven, has learned of Aggy. Following the orders of the coven's leader, The Veiled One, Vanessa has begun her own hunt, one that can end only with Aggy's blood.

She Dreams of Fire is a story of strength. In order to survive, Aggy must defeat her own doubts, addictions, and fears. In order to win, she has to endure everything the witches and the Hidden Folk throw at her. Partnered with a man from her past, the unlikely pair must learn to trust each other as they suffer betrayal, discover hidden truths about themselves, and battle the monsters in the dark. But does Aggy have the strength to walk through the fire?