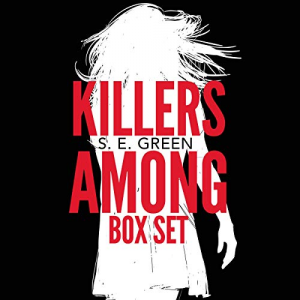 Lane swore never to be like her late mother. But now, she too is a serial killer. One difference remains. She only stalks and punishes the guilty.

The Strangler: While trailing a new serial killer of teenage girls dubbed “The Strangler”, Lane makes a terrible miscalculation and kills the wrong man. Now, the family of the man she accidentally murdered is hunting the killer, and Lane is forced to cover her tracks by befriending them. Because, everyone knows you keep your enemies closer.

The Suicide Killer: There’s a new killer in town, or is there? As Lane pieces together the recent suicides, the trail leads back to a retirement home. Therein lies the one person linked to all her secrets and the key to unlocking her past. But will breaking down her boundaries bring salvation or doom?