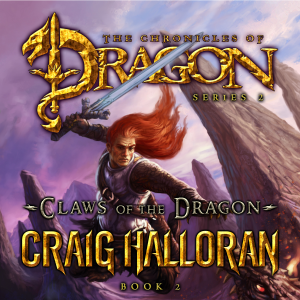 A New Threat Rises
Finding themselves neck deep in a battle with the wurmers, Nath and Company seek the vanquish Nalzambor's greatest threat, the Titans. Eckubahn, the Titan will stop at nothing to destroy the dragons and take over mankind. With the aid of the faerie Empress Lotuus, they rally the dragon hating giants.

??? Dragons Massacred
Nath, Selene, Brenwar, Bayzog and Ben, have their hands full battling one hive of warmers after the others. The new menace is spreading too fast and dragon casualties are stacking up. Nath struggles with limitations and new temptations put his loyalties to the test. Can he and Fang overcome the overwhelming hoards? Will his comrades survive? One thing is for sure. It is a battle to the end for all Nalzambor-Kind.