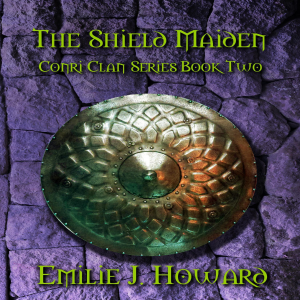 Faolan is sent to Midgard, land of the humans, by the Norse gods to aid in the human's recovery when disaster hits their realm. The realms of the universe, stuck in endless slumber, begin to awaken one by one, either to aid The Shield Maiden in her quest, or destroy her. Either way, her burden is great and responsibilities endless.
"The Chosen Ones" are sent down to earth by Odin a half century prior to establish themselves and assist Faolan in her task, yet some gifts from the gods come with consequence. Entering not only the land of the humans, but the land of werewolves, in existence since time began, Faolan struggles with her desires, orders from Odin, and Werewolf Lore.
Which realm will ultimately hold Midgard in the palm of its hand is anyone's guess, but they would have to get through Faolan's army first, a task not easily accomplished, not even by Hel herself.