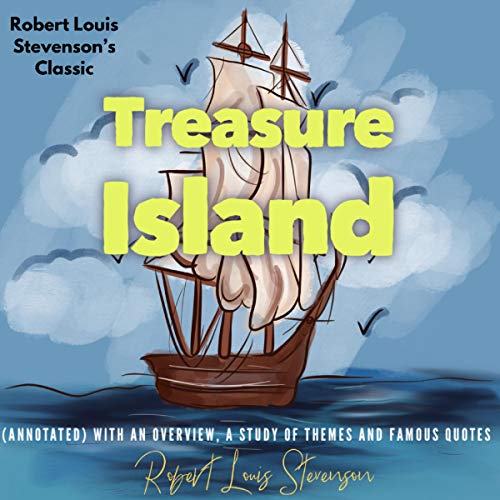 Robert Louis Stevenson, Scottish essayist, poet, and author of fiction and travel books was born in 1850 in Edinburgh, Scotland, as an only son of a prosperous civil engineer. He entered the University of Edinburgh at the age of 17 and studied to be an engineer to follow his father in the family business.

However, he soon realized that he was not cut out for that profession. His father agreed to let him study law instead and although Stevenson graduated from the law school, he never practiced law because, by then, he knew he wanted to be a writer.

In Treasure Island, the story starts when a drunken sailor named Billy Bones arrives at the inn owned by Jim Hawkins' father. Bones stays at the inn for some time without paying his bills. He askes Jim, a 12-year-old boy, to watch for his former shipmates who are after his valuables. When shipmates eventually arrive and Bones mysteriously dies, Jim opens his chest and finds a treasure map.