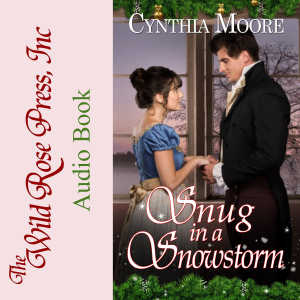 Snug in a Snowstorm

ady Isabella Porter and Lord Gerard Malden have known each other since they were children. Isabella thinks of Gerard as someone who teased her unmercifully and made her feel inadequate as a young girl. But Gerard has loved Isabella for many years.

A sudden, fierce snowstorm and misplaced notes informing both of a change of plan mean Isabella and Gerard are forced to spend the Christmas holidays together in very unusual circumstances.

Gerard realizes he must use the time he's been given with Isabella to change the opinions she formed as a girl so she may look upon him with favor and, if he is fortunate, lasting affection.