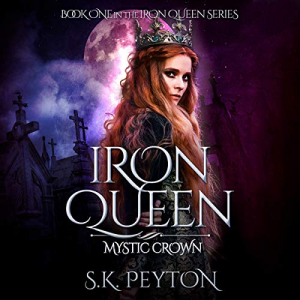 Lillian has lived her entire life by a script. Every move she makes, every word she speaks has been assigned to her by specific instruction. She hasn’t been free to express her true being in any way; trapped in a world of lies. She is a puppet, but she is also a Princess. But all that drastically changes when she is assigned into an arranged marriage, to a Prince from a faraway land. A soldier is appointed, with the duty of delivering this Princess to her new husband. Along this daring and extremely dangerous journey, Lillian is finally free to break those chains to find her true self-and her true love. She will also discover the strength inside herself, revealing the powers she possesses, powers she’d thought were only true in fairy tales. She must learn to contain these powerful forces before they spiral out of control. She’ll defy life and death many times along this journey. This submissive young lady will blossom into a true survivor, preparing herself for the epic battle that awaits her unforeseen future. Ultimately, she’ll find herself entangled in a forbidden-love story, a love that she believes could only cause harm and wreak havoc for many people. A love that could cause a war between two great nations, and force her to choose between her own desires or the lives of thousands of innocent people.

This audiobook is about survival, forbidden love, and unexplainable forces that are unnatural in our world. It takes Princess Lillian on her journey in becoming the hero she is destined to become, in the future series to come. Happy listening!