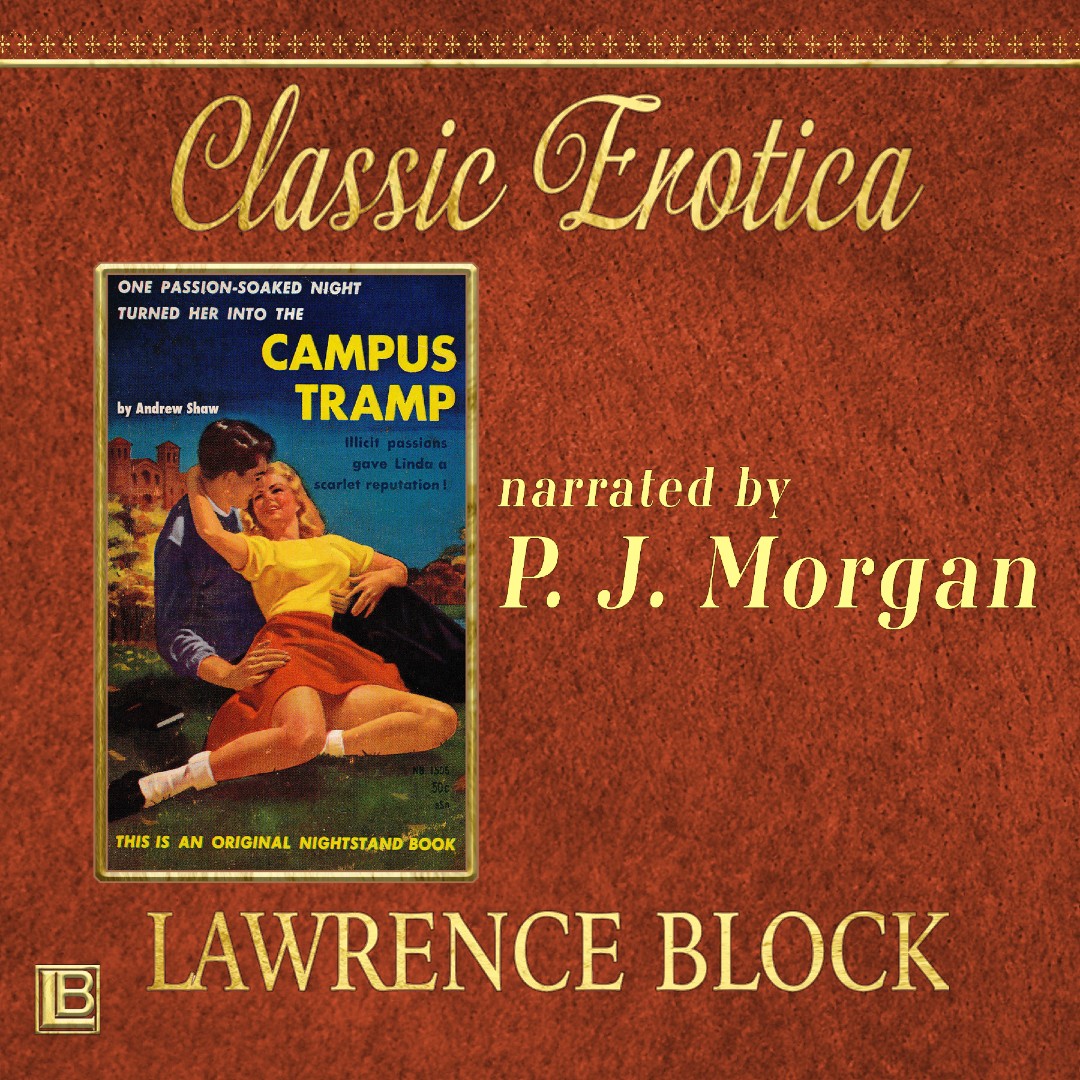 There’s a song they used to sing at Antioch College, and it went something like this:

“She was just a little freshman

Then she met an upperclassman - we won’t name him -

And she had a child by him.

Rescued by the co-op plan.

While she walks the streets of Yellow Springs, Ohio,

Looking for another man.”

Ah, they don’t write ‘em like that anymore, and it’s not hard to see why. And the sad story recounted in the song is not entirely unlike that of Linda Shepard, titular (so to speak) heroine of Campus Tramp.

The story of the book may be more interesting than the story told in the book. I wrote it in July of 1959 at the Hotel Rio on West 47th Street in New York. I’d just arrived from, yes, Yellow Springs, having spent a year writing books for Harry Shorten, editing the college newspaper, and giving short shrift to my academic studies. (This was my third year at Antioch. I was there for two years, took a year off to work at a literary agency, and then came back, only to discover that, having seen Paree, you couldn’t keep me down on the farm. I tried to drop out during the first semester, got manipulated into staying by my parents, and somehow finished the year. Now I was in New York, where I was to spend the summer writing, before returning for what was supposed to be my last year of school.)

I could and did, and thought it might be amusing to use Antioch as a setting, and to choose the characters’ surnames from the buildings and dormitory units on the Antioch campus. I picked the title Campus Tramp and sent it off, and they liked it well enough in Hamlingville (that would be Evanston, Illinois, if I recall correctly) to ask for more. But this was the first, and in Yellow Springs, it's regarded as a classic.

And what a delight to hear it brought to audible life by the incomparable P.J. Morgan!