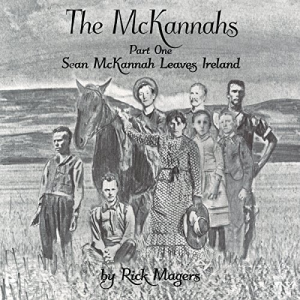 Dublin Ireland 1780 Tragedy: a new beginning ~ Oliver Newman McKannah often had visions, but this one frightened him; flames always did. After watching his only family members perish in the burning apartment, 13 year old Sean McKannah wandered along the waterfront, dazed and hungry, wearing the only items he owned. Befriended by Captain Patrick Olin Mullholland, a kindly man who had spent his life on the sea, Sean's life is forever changed. Get aboard, lad, y'must 'ave a home. Adventures the young Irishman had never dreamed of, were about to begin. Prior to his second visit to Yerba Buena, soon to be renamed San Francisco, Sean had visited the orient, Australia, and many other seaports to load or offload merchandise. As a young man, Sean watches as Captain Mulholland's ship, SEA DUCHESS, sails out of San Francisco harbor. A chance meeting with Frank, a Spaniard his age, sets the stage for greater adventures: Trapping in the mountains, mustangs in the desert, deadly encounters with killers, and more. Meeting Frank's sister, changes Sean's life more than any other event.