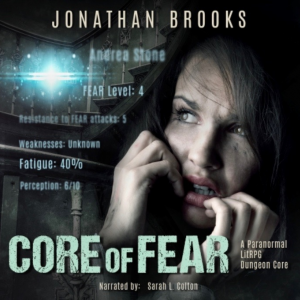 Do you ever wonder why spirits take the actions they do? What if there was a system of rules they had to follow?

Clive Logan is a serial killer; or, to be more accurate, Clive Logan was a serial killer. Caught after a record-breaking streak of murders, he was executed by lethal injection by the state, while thousands of his victims' grieving family members watched.

That should’ve been the end of his emotionless and unfeeling existence - but it wasn’t.

Sent to Hell - where he enjoyed himself entirely too much - he was singled out to become a Spirit Core, an invisible spiritual entity that eventually ended up back on Earth. At first unfamiliar to him, his new incarnation slowly revealed itself to have its own set of rules, following something not unlike the video games he used to program back when he was alive. At its root, he was tasked with invoking fear upon his new victims - but there was just one problem.

Having never felt any emotions before, he had no idea what that meant. Contains LitRPG/GameLit elements such as level progression and statistics. Warning: The main character is a successful serial killer. If you enjoy paranormal movies such as Paranormal Activity and wonder how the ghosts and spirits operate, this book is for you!