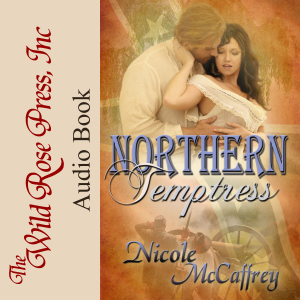 When the Civil War arrives on her door step, Gettysburg doctor Alexandra Winters uses her knowledge of medicine to help the wounded. When an uncommonly handsome rebel officer finds her tending the wounded in his battlefield, he takes her for a spy until she confesses her darkest secret: Her brother fights for the South. He vows to find her brother and insists on escorting her home. But Alexa already has enough gossip attached to her name thanks to a scandalous divorce; she doesn't need to be seen keeping company with the enemy at a late hour.

Major Caleb McKenna, CSA, has grown weary of war and bloodshed. Dreams of glory and valor are long gone, as is the memory of his beloved fiancee back home in Georgia. Try as he might, he can't recall her face. Instead, it's the bewitching image of Alexa Winters that haunts his every thought. Her stubborn refusal to show weakness is put to the test when he brings news of her missing brother. His attempt to comfort the stoic beauty quickly engulfs them in a firestorm of passion, leaving Caleb torn between a promise made to the gentle belle awaiting his return - and an emerald-eyed, jet-haired Northern temptress.

When the major is gravely wounded, Alexa comes to his aide. Hiding a Confederate officer in a house filled with recuperating Union soldiers is risky...but fighting their growing desire is a battle they can't afford to lose.