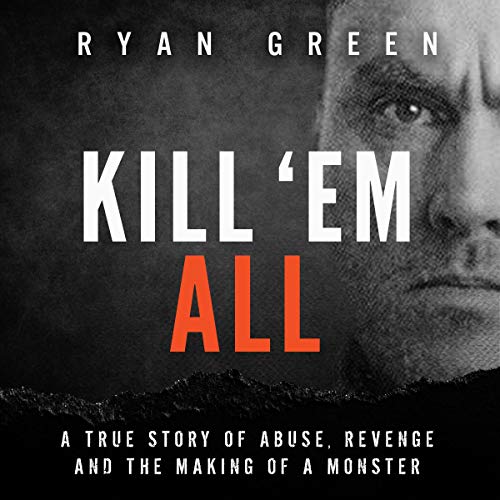 In 1902, at the age of 11, Carl Panzram broke into a neighbour’s home and stole some apples, a pie, and a revolver. As a frequent troublemaker, the court decided to make an example of him and placed him into the care of the Minnesota State Reform School. During his two-year detention, Carl was repeatedly beaten, humiliated, and raped by the school staff.

At 15-years old, Carl enlisted in the army by lying about his age but his career was short-lived. He was dishonorably discharged for stealing army supplies and was sent to the military prison, Fort Leavenworth, to serve the maximum sentence for his crimes.

When Carl left Fort Leavenworth in 1910, the experience had sculpted him into the man that he would remain for the rest of his life. His hatred for mankind was firmly ingrained and he set out to do unto others before they could do unto him. His lifelong campaign of terror could finally begin and nothing could stand in his way.

Kill 'Em All is a chilling and gripping account of one of the most brutal and gruesome true crime stories in American history. Ryan Green’s riveting narrative draws the listener into the real-live horror experienced by the victims and has all the elements of a classic thriller.