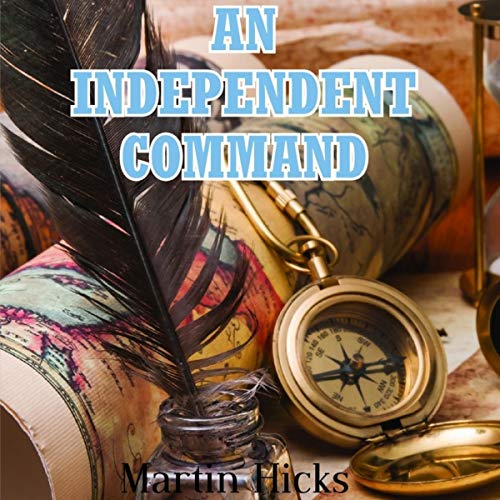 When Lieutenant James Rutherford of the Honourable East India Company is summoned to Government House in Calcutta, he has no inkling of what awaits him there. To his great surprise, he is offered command of the Spartan, a newly converted steam warship, receiving orders to proceed to sea to hunt a Chinese pirate, but, though those orders appear straightforward enough, they initiate a deadly sequence of events during which the hunter all too often is the quarry.

The author, Martin Hicks, lives in Fraserburgh in Aberdeenshire in Scotland and began writing after a career in education. An Independent Command, set in the Far East in the mid-19th century, is his 13th book. A sequel to it is currently in preparation.