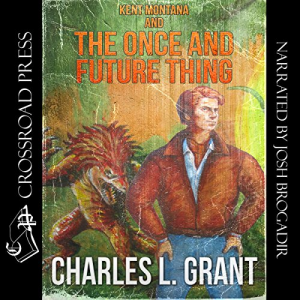 Kent Montana and the Once and Future Thing

Down on the bayou, folks called the creature Zergopha. It had been around for quite a spell, slithering through the swamp, chowing down on the odd tourist here and there.

Lately, though, it seemed to be after something more than a one-night snack. Affection, maybe. Possibly even...commitment. Now it's spring, and an immortal monster's bizarre fancy has turned to thoughts of weird love.

Only one man is the unlucky object of Zergopha's affections....