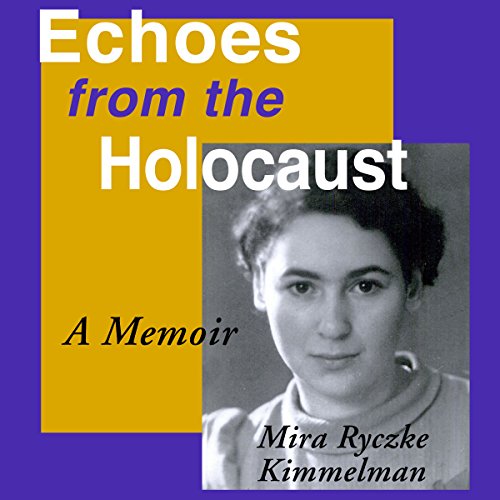 Echoes from the Holocaust

The daughter of a Jewish seed exporter, the author was born Mira Ryczke in 1923 in a suburb of the Baltic seaport of Danzig (now Gdansk, Poland). Her childhood was happy, and she learned to cherish her faith and heritage. Through the 1930s, Mira's family remained in the Danzig area despite a changing political climate that was compelling many friends and neighbors to leave. With the Polish capitulation to Germany in the autumn of 1939, however, Mira and her family were forced from their home. In calm, straightforward prose - which makes her story all the more harrowing - Kimmelman recalls the horrors that befell her and those she loved. Sent to Auschwitz in 1944, she escaped the gas chambers by being selected for slave labor. Finally, as the tide of war turned against Germany, Mira was among those transported to Bergen-Belsen, where tens of thousands were dying from starvation, disease, and exposure. In April 1945, British troops liberated the camp, and Mira was eventually reunited with her father. Most of the other members of her family had perished.