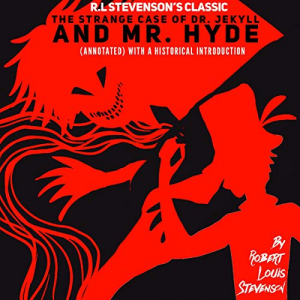 The Strange Case of Dr. Jekyll and Mr. Hyde

Robert Louis Stevenson, Scottish essayist, poet, and author of fiction and travel books was born in 1850 in Edinburgh, Scotland, as an only son of a prosperous civil engineer. He entered the University of Edinburgh at the age of 17 and studied to be an engineer to follow his father in the family business, however, he soon realized that he was not cut out for that profession. His father agreed to let him study law instead and although Stevenson graduated from the law school, he never practiced law because, by then, he knew he wanted to be a writer.

He started writing in his teens, and when he was 16, he wrote "The Pentland Rising", a story based on a historical event, and his father paid for 100 copies to be printed in pamphlet form. He published his first book at the age of 28.

Stevenson enjoyed adventure and used every opportunity to travel and that reflects in his fiction. Unfortunately, the main reason he spent a lot of time abroad was his poor health.

The novel revolves around an investigation carried out by a London lawyer Gabriel John Utterson concerning the strange relationship between his client - Dr. Jekyll - and Mr. Hyde. The novella had a huge impact on modern culture, so much so, that the phrase “Jekyll and Hyde” became a common way of describing someone's dual nature.