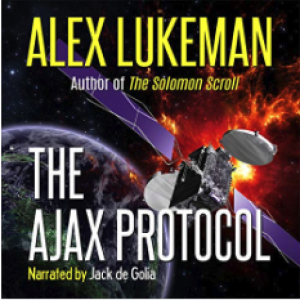 The Project is a Black Ops intelligence unit reporting only to the president of the United States. When an assassination attempt takes the president out of commission, the Project is caught up in a conspiracy that threatens to spark a world war and runs a lot deeper than just trying to kill the leader of the free world.

Led by Director Elizabeth Harker, the Project team discovers a cold-hearted plot to turn America into a totalitarian police state. Betrayed by powerful enemies at home and forced to rely on doubtful allies abroad, Harker and her team are driven underground. With time running out, they must stop the conspirators before they destroy everything America stands for.

At the same time, team leader Nick Carter and his lover Selena Connor struggle to commit to each other in a covert world where love and compassion are in short supply and enemies lie in wait at every turn.

The Ajax Protocol could be taken from tomorrow's headlines. It will disturb you and keep you listening to the end.