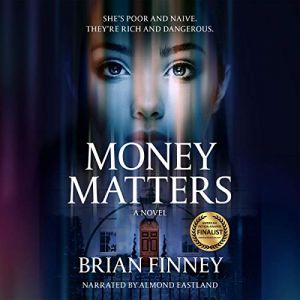 She's poor and naïve. They're rich and dangerous.

At once a painful coming-of-age novel, an exciting amateur sleuth tale, and an intriguing narrative involving social issues (immigration and wealth disparity), Money Matters has mystery at its core. This emotionally charged debut novel is firmly embedded in Los Angeles culture over the 2010 mid-term election.

Jenny, the 27-year-old inexperienced protagonist, faced with the tragic disappearance of a friend, is forced to take on financial tycoons, corrupt politicians, and the treacherous Baja drug cartel in her search to uncover the truth. Jenny’s investigation takes her into the twilight world of undocumented immigrants, which leads her to seek the help of the handsome director of an immigrant rights organization to whom she is strongly attracted. But will the deadly enmity of the rich and powerful thwart her search and end her budding romance?