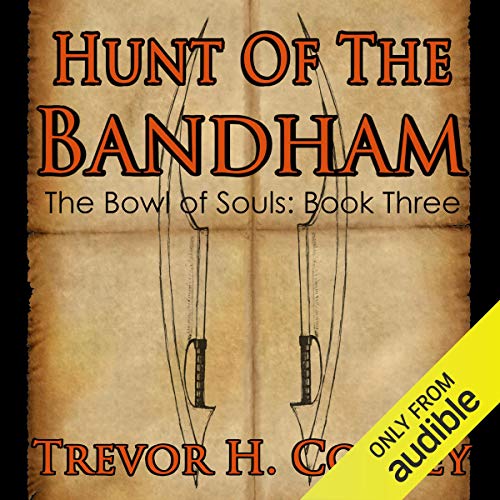 Ewzad Vriil's keep has fallen and Justan has been reunited with his friends. But the kingdom remains in turmoil. The mother of the moonrats still builds the Dark Prophet's army of monsters in the mountains, and the Battle Academy forces are weakened.

Justan's bonds with Fist and Gwyrtha have made him stronger and faster, but the more he learns about his powers, the more questions he has. He seeks out the bonding wizard Master Coal, hoping that the man can teach him what he needs to know about his magic before he hurts his bonded and himself.

Deathclaw has freed Talon from Ewzad Vriil's power, only to find that she is no longer the sister he used to know. Meanwhile, a new creature is born: a beast designed to hunt dragons. Will they survive the Hunt of the Bandham?

Hunt of the Bandham is the third book in the Bowl of Souls series.