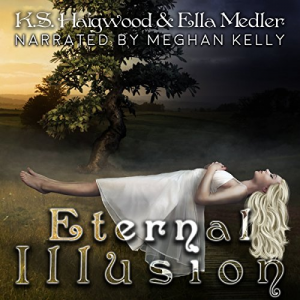 Eternal Island weaves its magical enchantments into every one of its people's hearts. No one, human or immortal, is immune to the fiery touch of love.

But trouble begins to brew anew when, with the last arrival, a malignant entity also makes it onto the island. Seeking to settle an old score first, he relies on dark magic in his pursuit to rule the world. Manipulative and possessing qualities that make him hard to identify, let alone defeat, he can only be sensed by one person.

Katrista's dreams hold the key, but will anyone believe her, or will they allow an illusion to destroy them all?