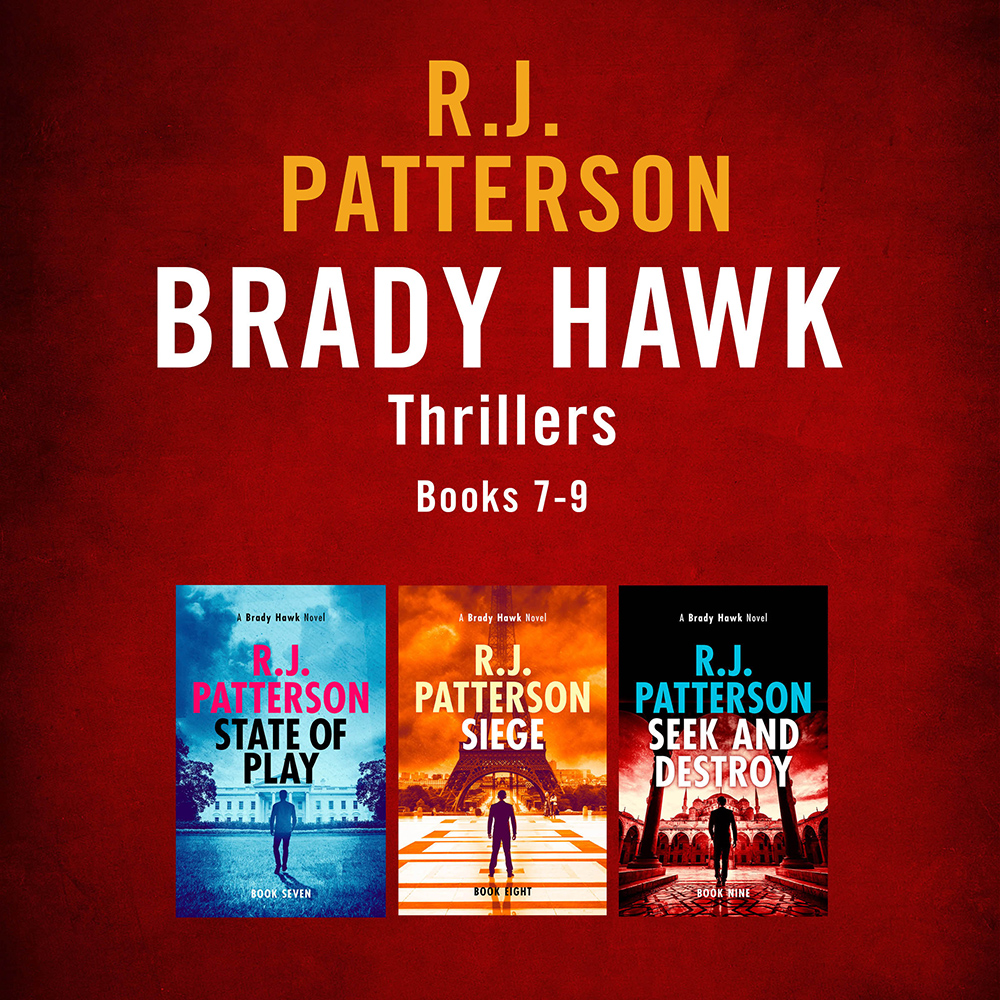 Brady Hawk is back in the third omnibus edition in this best-selling series.

To those with the highest security clearance, it’s a line item known only as Project X. But to the half dozen agents and personnel working for it, it’s known as Firestorm, a black ops group so dark that the US President doesn’t even know about them yet. And no agent is as skilled as Brady Hawk.

State of Play, Book 7: Facing unrest and flagging favorability ratings, US President Conrad Michaels searches for something to solidify his position as the incumbent in the looming election while also galvanizing the nation. His solution? Catch the biggest traitor and terrorist in one operation: Karif Fazil and Brady Hawk.

Lured into a trap, Hawk must find a way out that saves his life during a mission that puts him as a strange bedfellow with Michaels. With forces behind the scenes setting Hawk up for failure, he must succeed before he gets on with his ultimate mission: expose and eliminate President Michaels.

Siege, Book 8: Under new direction, Brady Hawk and the Firestorm team focus their energy on stopping the dangerous organization manipulating world events from the shadows, The Chamber. But when an old foe complicates the mission and introduces a new lethal outcome, Hawk’s plans go awry in the wake. And in the aftermath, he must make a choice...a choice between the greater of two evils.

Seek and Destroy, Book 9: As hundreds of thousand of Muslims make the annual pilgrimage to Mecca, Katarina Petrov seeks to undermine the United States’ tenuous trust with the international community with a false flag. With The Chamber, Petrov’s shadow organization, struggling to maintain its control among the power brokers of the world, she engages Hawk and the Firestorm team in a dangerous game.... And in this showdown, it’s winner take all.