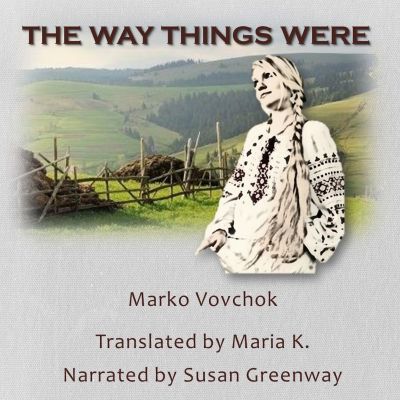 The Way Things Were

The Way Things Were is a collection of stories and novellas by Ukrainian writer Marko Vovchok (Maria Alexandrona Vilinskaya-Markevich) focused around the lives of Russian and Ukrainian serfs during the last decade of slavery in the Russian Empire. These works were instrumental to the abolitionist movement, whose members - writers, poets, artists, and political activists - eventually succeeded in bringing about the Emancipation reform of 1861 and ending six centuries of serfdom.

Marko Vovchok's stories are not epic, historically significant episodes, but rather small everyday vignettes from the lives of serfs and their masters, made all the more powerful by their serene, conversational style bringing the reality of the era into stark relief.