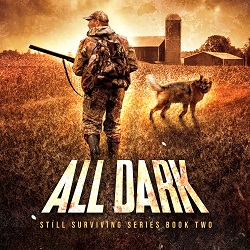 Westly and Raider are coming to grips with the new world and the tremendous changes since the solar storm caused the nationwide power failures. The problems in the Flagg household seem to focus on a coming confrontation between good people and those at the Crater of Diamonds.

As Wes and his girlfriend, Jessica, finally have their first date, Wes learns that not all of his friends are friendly. There are hidden agendas and ruthless power plays that make it difficult to tell friend from foe. Finding himself in a bind he can’t get out of, Wes needs to ensure he has the will to still survive with the consequences of his decisions, or risk losing his humanity.