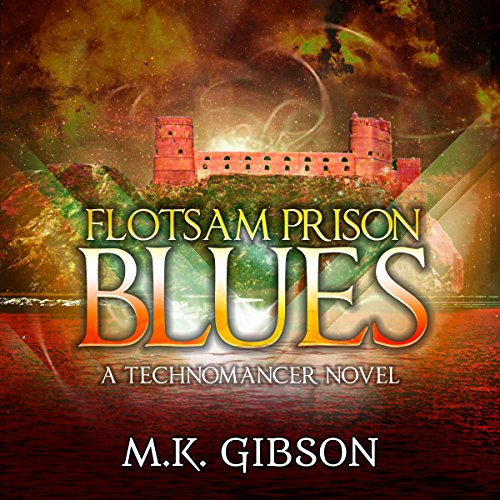 A couple of months have passed since the cyborg smuggler known as Salem led a small team in the violent coup that brought down Abraxas, demon Archduke of New Golgotha’s central kingdom of Ars Goetia. From the destruction, Salem became a hero, whether he wanted to be one or not, and was appointed the first human baron in the demon-run supercity.

But Hell does not like being made to look foolish - or weak. And Salem’s actions, while noble, have consequences. A victory for man means a defeat for Hell. A single question will be asked of Salem: How far can a hero fall? The powers of Hell are willing to find out.

Flotsam Prison Blues is the gritty, exciting sequel to To Beat The Devil. Following an assassination attempt by a rocket-launching madman, Salem must untangle a web of lies, theft, and conspiracies, lest his new world, and his citizens, burn. Follow Salem’s adventures as he is forced to relive the parts of his past he wanted to stay buried while once more pitting himself against the might of Hell. Salem will need all his strength and skill as he suffers the Hell-on-Earth horrors of Flotsam Prison.