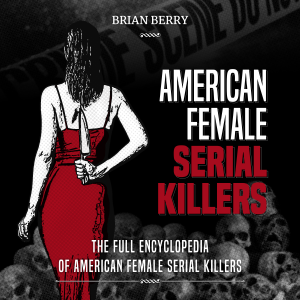 America has a long and complicated fascination with serial killers. When we think about the most infamous of these killers, we generally think of men like Ted Bundy, Jeffrey Dahmer, or John Wayne Gacy. Those names make headlines while there’s the often-repeated myth that suggests there are no female serial killers. After all, most of us couldn’t name a woman on the same scale of infamy at BTK or the elusive Zodiac Killer, can we? As it so often is, the truth is far more complicated. Women kill.

While they are less sensationalized than their male counterparts, they are no less deadly. At the time of publication, current research shows that one in six serial killers are female, bringing their number to 15 percent of confirmed serial killers.

This reference audiobook includes background information on the killers, their victims, methods, files - and where relevant - their arrests, trials, and convictions.

American Female Serial Killers is an easy-to-follow collection of information on America's most heinous murderers. The who, what, where, how, and why of America’s most terrifying women murderers. You will like this book if you are interested in listening about: