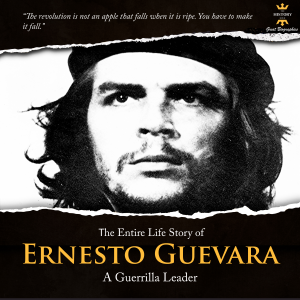 The makings of a revolutionary icon
The Argentinian who liberated Cuba
Exporting the revolution to the rest of the world
Ernesto “Che” Guevara’s praxis philosophy
And much more!
Very few men have been subject to as much mysticism and admiration as Ernesto Guevara. His image has been used as the symbol for revolution, freedom, and rebellion in every corner of the world. His legend, inspired by a picture of his face taken in 1960 that made him a symbol, has been written thousands of times by people who paint it as a hero or a villain.