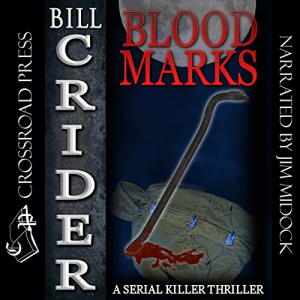 He's smart, he's attractive, and he has a special vision: whenever he sees the blood marks on a woman - marks only he can see - he knows what he must do.

Kill her. Brutally. And not leave a trace of himself behind.

Nine women have died so far. And pretty Casey Buckner may be next. A young divorcee who's recently moved into an apartment complex near the Astrodome, Casey's already met three men in the building: a married accountant, a single writer, and a psychologist.

One of them is a serial killer. But which one?