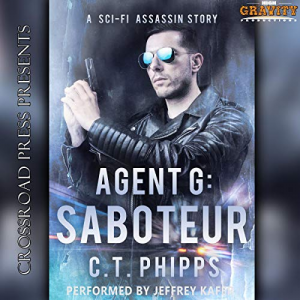 From the best-selling author of the Supervillainy Saga comes the sequel to Agent G: Infiltrator.

Agent G has left the service of the International Refugee Society, the world's biggest provider of murder for hire, in order to work for the US government. Unfortunately, they are sending him after his former employers, and they know him as well as he knows them.

The clock is ticking, though, until the Society's remaining leadership starts eliminating their opponents and attempts to seize control of the presidency. A traitor is also providing them with all the information they need to survive until their puppet is in power.

Will G and his allies survive the purge?

Sometimes it doesn't pay to be a cyborg spy.