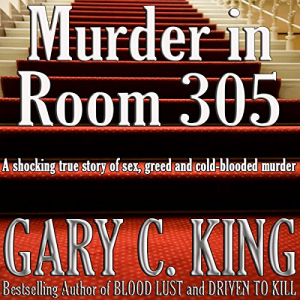 Kathryn Ann Martini graduated from Yale with a bright future in the banking business. Young, beautiful, and ambitious, she had everything going for her. Until she met Michael David Lissy, the sleazy proprietor of a scuba diving school who was a coke addict that consorted with pimps, prostitutes and other known criminals. Burned out and broke, he had nothing going for him. Then he met Kathryn...a match made in hell.

On July 6, 1984, the raped and mutilated body of Kathryn Martini Lissy was found in room 305 at the Valley River Inn in Eugene, Oregon. Soon afterward, police arrested Michael David Lissy, Kathryn's husband of one year. A few months earlier, Lissy had taken out a large insurance policy on Kathryn's life, naming him as sole beneficiary. Then he hired an underworld assassin to stalk and kill his wife. After one of the most sensational trials in Eugene's history, Lissy was convicted and sentenced to life imprisonment.