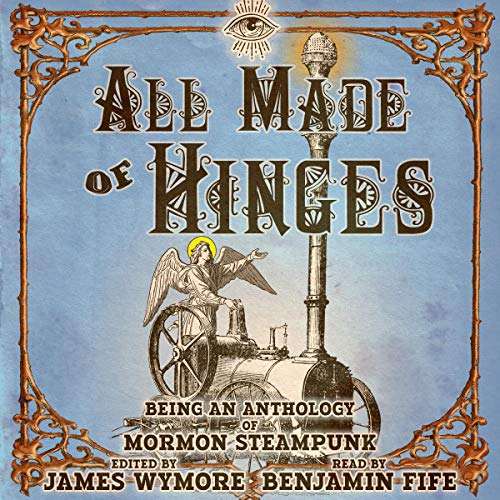 All Made of Hinges

Cheerful in the face of dark opposition. Innovative to improve a backward world. Industrial as a cure for oppressive conditions. Unyielding beneath all who seek to bind and control them. Faithful until they conquer the fear of death and rise to great acts of heroism and service. Mormons and steampunks are two faces of the same coin.

All Made of Hinges is the first installment in the incredible three-part Mormon steampunk series by Immortal Works Press. If you love these stories, look for more in Put Your Shoulder to the Wheel and Press Forward, Saints.