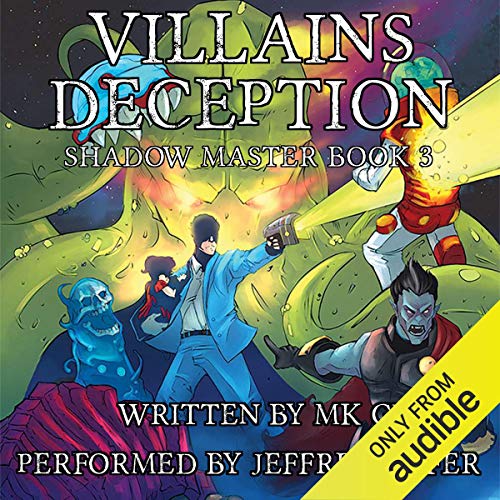 Jackson Blackwell, the Shadow Master, returns. And lo, the multiverse shall tremble. Why? For someone dared to kidnap his daughter.

In this third installment of the multiple award-nominated (which we perpetually lose) Shadow Master novels, Jackson and his crew of malicious malcontents are going on a road trip! Er, well, space...trip? Look, this time we’re mocking sci-fi, so you know, just go with it.

While on a consultation trip to a sci-fi dimension, Evie Blackwell is taken by hired mercenaries, and Jackson is stranded on a remote planet. Using all of his devious and deadly tricks, Jackson must escape, assemble his team, and travel through space and time to find those responsible. Jackson will stop at nothing to prove his commitment to his family while wreaking his patented, comedic havoc in a way that only a man-turned-god can.

Follow this thrilling, hilarious, and oddly touching story as Jackson hops dimensions, fights the forces of light and shadow, and even confronts an entire pantheon of pissed-off gods.

Won’t this be a hoot?