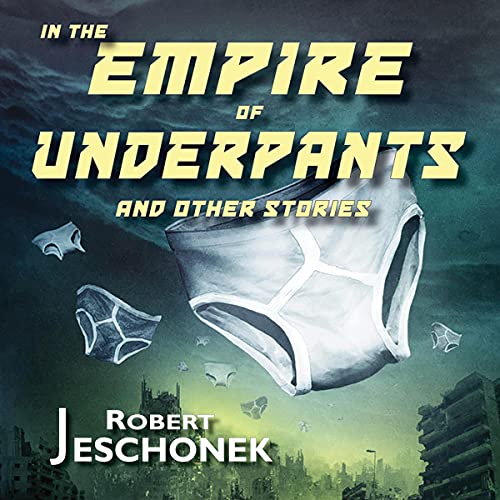 In the Empire of Underpants and Other Stories

Imagine a world without humans, where smart clothes equipped with apparel intelligence fight for supremacy. When a brave pair of smart-briefs sets out on a quest to cure his people's madness, he ends up in the middle of an all-out wardrobe war instead. That's just one of the incredible science fiction stories featured in this collection by USA Today best-selling author Robert Jeschonek. Don't miss these thrilling tales of robot messiahs, love-starved dishwashing machines, giant killer chickens, high-speed chases with self-driven automobiles, and future warriors who kill more fiercely the more they proclaim their undying love for each other. These stories, gathered together for the first time anywhere, will send you from the deepest levels of human and robotic insanity to the furthest reaches of bleeding edge techno-nightmares. Strap in and prepare your mortal mind for these 18 outrageous scifi shockers.

Robert Jeschonek is an award-winning, envelope-pushing author whose fiction and comics have made waves around the world. His stories have appeared in Galaxy's Edge, StarShipSofa, Fiction River, Pulphouse, and many other publications. He has written official Doctor Who and Star Trek fiction and comics for DC and AHOY. He has won an International Book Award, a Scribe Award for Best Original Novel, and the grand prize in Pocket Books' Strange New Worlds contest.